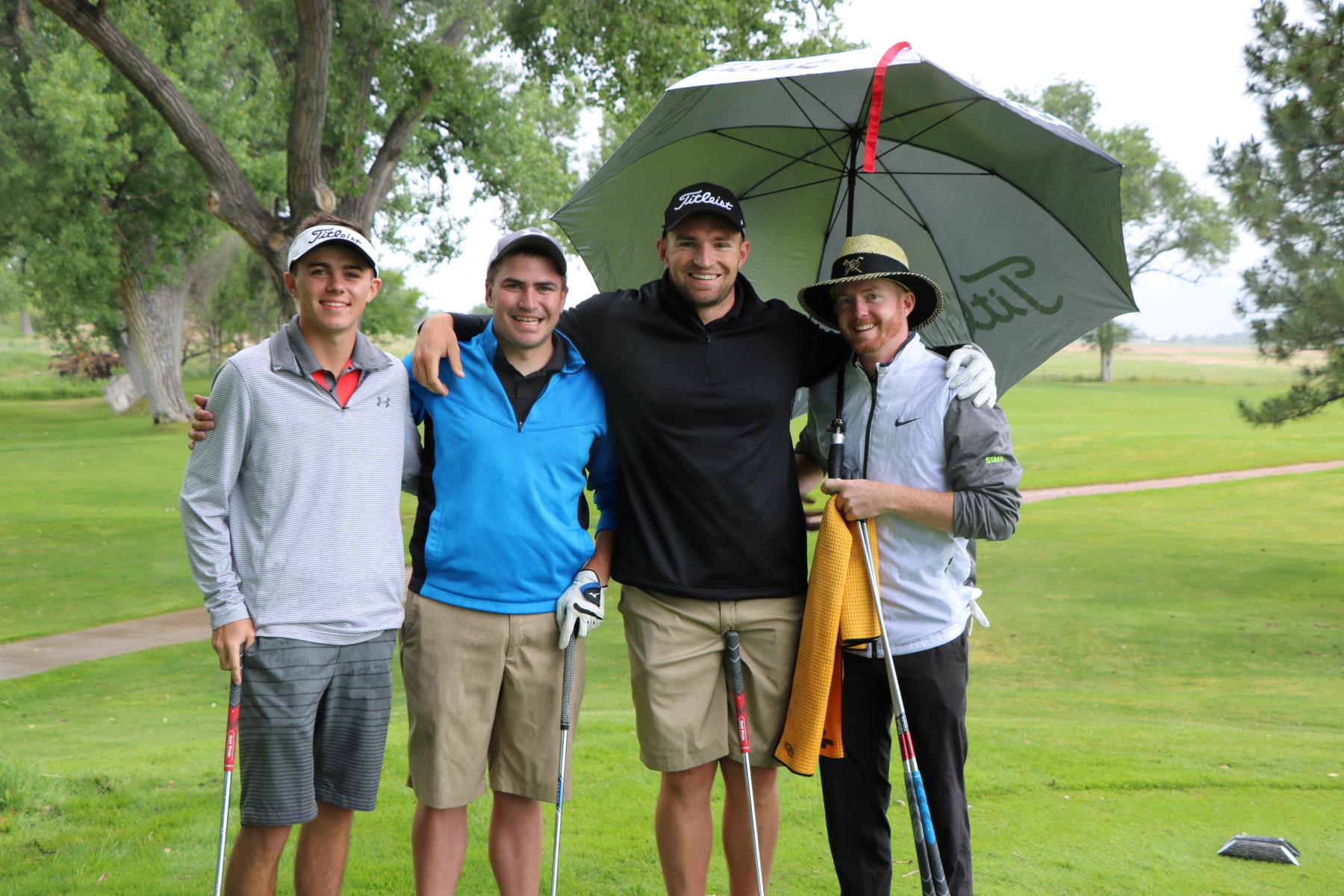 The Eastern Wyoming College Foundation hosted its 27th Annual Golf Tournament and Calcutta on June 17th at the Cottonwood Country Club.  This year’s tournament boasted 22 teams with players traveling from across Colorado, Nebraska, Idaho, and Wyoming.

Part of the Wyoming contingent playing in the tournament was Dr. Travers who will take over as EWC’s President on July 3rd and State Senator Bill Landen, wife Robyn and State Representative Tom Walters, and wife Kade.  According to John Hansen, Director of Institutional Development for the College, “It was great to have Dr. Travers and her family play in the tournament along with other state elected officials.” Hansen continued, “The tournament would not have been possible without the hard work from our EWC Foundation members, sponsors, competitors, and bidders.”

Holly Lara, Administrative Specialist for the Office of Development, coordinated the tournament and commented, “The EWC Foundation had a very successful tournament. We received compliments on how well the tournament runs and how much fun the players had.”

The tournament raised $9600 this year, with $1900 going towards EWC’s championship golf team.  EWC Golf Team Coach, Zach Smith stated, “It was fun having freshman Kash Kaufman, Jerel Rote, and sophomore Jared Pilkington help with the tournament.”  Smith continued, “The guys had a ton of fun and thanks to the EWC Foundation for their support of EWC golf.”

For more information about the tournament, please contact John Hansen, Director of Institutional Development at 307.532.8304.