(Fort Laramie, WY) The celebration of the National Park Service Centennial brought over 58,000 visitors to Fort Laramie National Historic Site this past year. Each visitor to Fort Laramie was a part of a record-breaking 331 million visits to national park units in 2016 according to official numbers announced recently. “Stunning,” Acting National Park Service Director Michael T. Reynolds said of the 331 million visits counted across the National Park System. “We expected more visitors in 2016 as the NPS celebrated its Centennial with special events and activities, but these numbers really show the depth of feeling people have for their national parks, especially considering that increased visitation was recorded not just at the biggest and best-known parks but at smaller historical and cultural sites as well.” Visitation growth from 2015 to 2016 at Fort Laramie NHS saw an increase of 11 percent, outstanding for a park with modest annual visitation. “In addition to the breadth of support for parks,” Reynolds said, “I think the Find Your Park / Encuentra Tu Parque campaign launched with the National Park Foundation reached new audiences and highlighted what we might call lesser-known parks.” Fort Laramie NHS Superintendent Tom Baker noted, “The increase in visitation at the Fort is something we’ve been working toward, and the Centennial and Find Your Park campaign helped us achieve that. It’s gratifying for our staff to engage more visitors in our national heritage and stories specific to Fort Laramie National Historic Site.”

In conjunction with other partners, plans are in motion to build on the success of the Centennial year, in 2017. The park will continue to engage new audiences, building on new programs introduced during the past year, which included the opening of the first Track Trail program in the State of Wyoming. Throughout the year, Fort Laramie invites the public to explore the park and build personal connections to this special place. This experience can help ensure that future generations are able to fully experience all national parks that steward America’s treasures.

For more information on 2017 Special Events at Fort Laramie NHS, visit the park website at www.nps.gov/fola or call the park at 307-837-2221. Follow us on Facebook, Twitter, and Instagram. www.nps.gov About the National Park Service: More than 20,000 National Park Service employees care for America’s 417 national parks and work with communities across the nation to help preserve local history and create close-to-home recreational opportunities. Learn more at www.nps.gov. 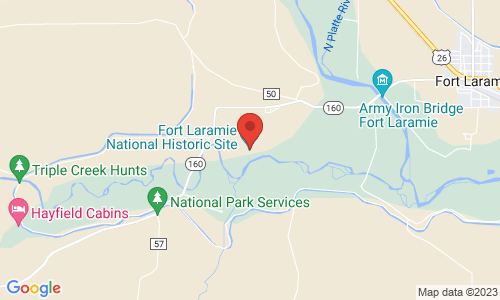