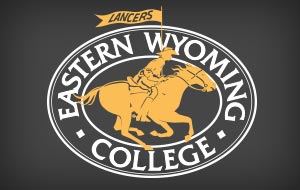 The EWC debate team won top community college honors at the Sweetheart Swing tournament co-hosted by the University of Oklahoma and West Texas A&M on the Norman, Oklahoma, campus February 10-12. Twenty-seven colleges and universities attended the tournament including research one universities such as The University of Alabama and The University of Texas-Austin, elite private colleges like Whitworth University, Southern Methodist University, and Colorado Christian University, and two other community colleges, Ranger College and Tulsa Community College. EWC debaters were entered in IPDA debate, a limited preparation debate format that pitted them against only four-year institutions, which in the novice division included: Arkansas Technical University, Kansas Wesleyan University, Southern Methodist University, Oral Roberts University, Oklahoma Baptist University, University of Central Arkansas, Northeast Oklahoma State University, and Colorado Christian University. Tulsa and Ranger competed in NPDA and NFA-LD debate formats. After the scoring over the first two days, EWC, which advanced three of four novice debaters (any debater in his/her first year of competition from any size institution) to the tournaments Sweet Sixteen, two to the Elite Eight, and one to the final four, earned enough points from debate to outscore both Tulsa and Ranger performances in their other debate formats and individual events to earn top honors. Individually, three EWC debaters advanced far into the tournament. Kenna Noble, freshman, LaGrange, Wyoming, earned recognition as the overall second ranked speaker in the novice division and made it to the final-four, out of more than thirty debaters, earning a five-one preliminary record with wins over Oral Roberts, Southern Methodist, and Oklahoma Baptist debaters. In the Sweet Sixteen she beat a debater from Southern Methodist on a 3-0 decision. By seeding, Helena Khouri, freshman, Rio de Janeiro, was the tournament’s seventh seed and slated to debate Sara Kostur, sophomore, Torrington, WY, the tournament’s tenth seed. On the strength of her fifth place speaker recognition, Khouri advanced over Kostur into the Elite Eight. Again, by the chance of seeding, Noble was slated to debate Khouri in the Elite Eight, but by virtue of her second seed position, she advanced to the final four, losing on a close 2-1 decision to the eventual tournament champion from Colorado Christian University. James Schock, sophomore, Torrington, WY, had a rough early draw, but went 2-4 in preliminary rounds to help the team to earn enough points for sweepstakes. On Sunday, EWC debaters Haley Lauze, sophomore, Green River, WY; and Zach Bearnson, freshman, Torrington, Wyoming, advanced to the Elite Eight out of twenty-six teams during the Texas A&M portion of the tournament. The debaters paired up to compete in team IPDA, standing again as the lone community college, this time in the open division against debaters with as many as eight years of debate experience. The teams of Lauze and Bearnson held a 3-1 record in the preliminary rounds, but lost in the Elite Eight to Southern Methodist University. Khouri and Noble, both students in their first year of debate at any level, also recorded three wins and one loss and stood as the ninth seed after preliminary rounds, but did not advance to the Elite Eight based upon four total quality points. For more information about the Speech and Debate program at EWC, please contact Jeremy Christensen, Communications